Fast Company: This Company is Working on A Drug that Will Make LSD Less Trippy 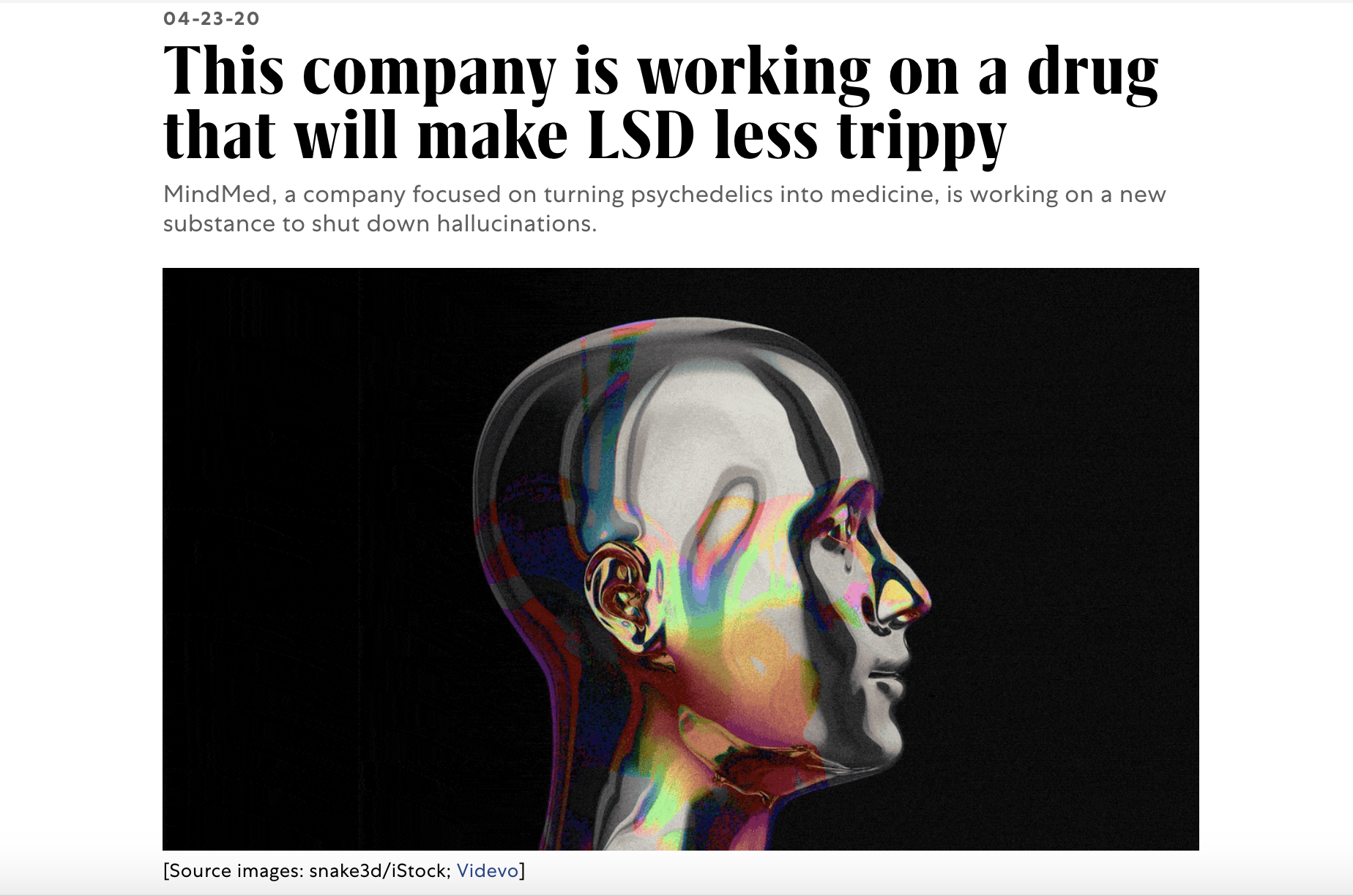 While trying to understand what makes the psychedelic drug LSD work, Dr. Mattias Liechti, head of the Liechti Laboratory at the University of Basel Hospital, stumbled onto something unexpected. During his research, he found a substance that seemed to abort the hallucinogenic effects of LSD within 20 to 30 minutes.

MindMed, a pharmaceutical company focused on developing psychedelic drugs into medicines, has filed for a patent on the research in collaboration with the laboratory. The company plans to develop it into a drug that might help reduce the length of time people experience hallucinations on an LSD trip.

Mitigating LSD’s effects is a real focus for MindMed as it continues to study ways in which the drug can be used as a treatment for mental health issues such as anxiety and attention deficit disorder. While it has shown promise in research, not everyone is comfortable with the reality-altering side effects of the drug. The main issue with using LSD to treat medical conditions is that its effects are prominent and they last a long time, anywhere from 12 to 18 hours.

“If you can neutralize LSD, you potentially can help in emergency situations,” says Scott Freeman, chief medical officer at MindMed. “Our concern is: Can we make a better therapeutic experience?”

Freeman says his company is exploring ways in which this LSD neutralizer might be used. It could become a drug that someone takes to end a trip in progress. Alternatively, MindMed may explore how the substance might be time-released within another drug. In many ways, the latter scenario would be preferable, because it allows the company to ensure the recipient is getting the best effects from the drug while mitigating potentially negative experiences. Such a drug could also deter abuse.

Fast Company: This Company is Working on A Drug that Will Make LSD Less Trippy