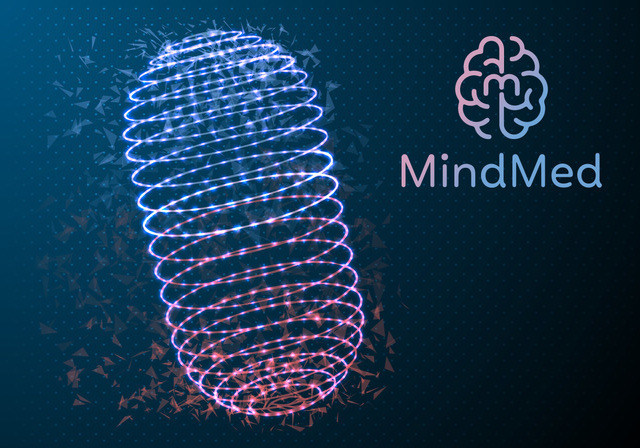 The latest development comes as part of MindMed's exclusive license and collaboration agreement with the University Hospital Basel's Liechti Lab. The company will now gain access to a compelling portfolio of clinical trials and studies gathered by the Liechti Lab over a 10 year period on MDMA.

"We have generated a large amount of data on the pharmacokinetics, pharmacogenetics and safety of MDMA in over 10 years of clinical research," said University of Basel Department of Biomedicine Professor Dr. Matthias Liechti. "Our lab in collaboration with MindMed will also explore the benefits of MDMA and related substances when used alone or when combined with other psychedelics to treat mental health disorders."

Dr. Liechti is one of the world's leaders in psychedelics pharmacology and clinical research at University Hospital Basel in Switzerland. He was one of the original scientific researchers to discover the mechanism of action of MDMA in the 1990s in Switzerland. After starting the Liechti Lab at the University Hospital Basel, he has led multiple clinical trials of the safety profile and how MDMA interacts with the human body. This data will now enable MindMed to design compelling clinical trials and form a strategy for MDMA as part of its portfolio.

MindMed Co-Founder and Co-CEO JR Rahn said: "We are pleased to expand our R&D portfolio with the Liechti Lab on MDMA. We see immense opportunity for patients in combining the benefits of MDMA and LSD into a next-gen psychedelic therapy. As global mental health and addiction continue to deteriorate in these unprecedented times, MindMed's mission, to fight mental illness through innovative psychedelic drug development, are more important now than ever before."

MindMed has committed to fund future R&D of new psychedelic therapies being pursued by the Liechti Lab with the intention to create next-gen psychedelic inspired medicines that incorporate MDMA as a component of these therapies. Liechti Lab and MindMed plan to explore combination treatments of LSD and MDMA to optimize the subjective effect profiles and potentially join the benefits of both psychedelics.

About Liechti Laboratory (University Hospital Basel)
Liechti Lab is based at the University Hospital Basel in Basel, Switzerland. Founded in 1460, the University of Basel is the oldest university in Switzerland and has a history of success going back over 550 years. Liechti Lab's research focus is on the pharmacology of psychoactive substances in vitro and in humans. The Laboratory investigates the pharmacokinetics-pharmacodynamics of MDMA, LSD, and amphetamines in humans including psychological tests, pharmacogenetics, and functional brain imaging.

About MindMed
Mind Medicine (MindMed) Inc. is a neuro-pharmaceutical company that discovers, develops and deploys psychedelic inspired medicines to improve health, promote wellness and alleviate suffering. The company's immediate priority is to address the opioid crisis by developing a non-hallucinogenic version of the psychedelic ibogaine. In addition, the company has established a microdosing division to conduct clinical trials of LSD microdosing for adult ADHD. The MindMed executive team brings extensive biopharmaceutical industry experience to this ground-breaking approach to the development of next-generation psychedelic medicines. For more information: www.mindmed.co. MindMed trades on the NEO Exchange under the symbol MMED. MindMed can also be traded in the US under the symbolOTCQB: MMEDF and in Germany under the symbol DE:BGHM.