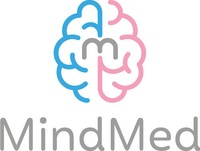 MDMA, an empathogen, is known to acutely induce feelings of increased well-being and trust. By combining LSD and MDMA within the same session, the Liechti Lab and MindMed are evaluating if the combination produces greater overall positive acute effects when compared to LSD or MDMA on their own. MDMA may reduce some of the negative mood effects of LSD and make the patient more comfortable during psychedelic-assisted therapy.

University Hospital Basel's Liechti Lab's Dr. Matthias Liechti stated: "The potential of MDMA-LSD is to create a psychological state that may have the benefits of both substances and have longer lasting effects than standalone psilocybin or LSD. Inducing an overall primarily positive acute response during psychedelic assisted therapy is critical because several studies showed that a more positive acute experience is linked to a greater therapeutic long-term effect in patients."

MindMed is interested in understanding how to balance these compounds in a cohesive way to create better patient outcomes and develop more advanced psychedelic assisted therapies as it expands both its R&D and commercial drug development pipeline.

President of MindMed, Dr. Miri Halperin Wernli added, "A new treatment paradigm combining MDMA and LSD may enhance the positive effects of LSD by inducing a positive psychological state with MDMA which is an empathogen to help counteract some known negative or less positive aspects of LSD or psilocybin. With this innovative treatment paradigm, we are looking to bring the participants outside the bounds of their everyday perceptions, bringing their mind into a very flexible state of mind facilitating new states of consciousness. This will provide the opportunity to step outside their usual sense of self and experience themselves from a radically different and new perspective."

The Phase 1 Clinical Trial is intended to take around one year to complete.  If MindMed finds the results promising, the company may decide to undertake further studies with treatments combining MDMA and LSD, and prepare patient trials for various indications.

More details on the Phase 1 trial can be found here : https://clinicaltrials.gov/ct2/show/NCT04516902

Mind Medicine (MindMed) Inc. is a neuro-pharmaceutical company that discovers, develops and deploys psychedelic-inspired medicines to improve health, promote wellness and alleviate suffering. The company has initiated or is initiating studies to evaluate potential treatments to help patients with ADHD, anxiety, cluster headaches and substance abuse. The MindMed executive team brings extensive biopharmaceutical industry experience to this groundbreaking approach to the development of next-generation psychedelic medicines. MindMed trades on the NEO Exchange under the symbol MMED. MindMed can also be traded in the US under the symbolOTCQB: MMEDF and in Germany under the symbol DE:MMQ. For more information: www.mindmed.co.

This press release includes forward-looking statements that involve risks and uncertainties relating to future events and performance of Mind Medicine (MindMed) Inc. ("MindMed"), and actual events or results may differ materially from these forward-looking statements. Words such as "anticipate," "expect," "intend," "plan," "believe," "seek," "estimate," variations of such words, and similar expressions are intended to identify such forward-looking statements, although not all forward-looking statements contain these identifying words. These statements concern, and these risks and uncertainties include, among others, MindMed's and its collaborators' ability to continue to conduct research and clinical programs, MindMed's ability to manage its supply chain, product sales of products marketed by MindMed and/or its collaborators (collectively, " Products"), and the global economy; the nature, timing, and possible success and therapeutic applications of Products and Product candidates and research and clinical programs now underway or planned; the likelihood, timing, and scope of possible regulatory approval and commercial launch of Product candidates and new indications for Products; unforeseen safety issues resulting from the administration of Products and Product candidates in patients, including serious complications or side effects in connection with the use of MindMed's Products and product candidates in clinical trials; determinations by regulatory and administrative governmental authorities which may delay or restrict MindMed's ability to continue to develop or commercialize Products; ongoing regulatory obligations and oversight impacting Products, research and clinical programs, and business, including those relating to patient privacy; uncertainty of market acceptance and commercial success of Products and Product candidates and the impact of studies on the commercial success of Products and Product candidates; the availability and extent of reimbursement of Products from third-party payers, including private payer healthcare and insurance programs, health maintenance organizations, pharmacy benefit management companies, and government programs such as Medicare and Medicaid; competing drugs and product candidates that may be superior to Products and Product candidates; the extent to which the results from the research and development programs conducted by MindMed or its collaborators may be replicated in other studies and lead to therapeutic applications; the ability of MindMed to manufacture and manage supply chains for multiple products and product candidates; the ability of MindMed's collaborators, suppliers, or other third parties (as applicable) to perform manufacturing, filling, finishing, packaging, labelling, distribution, and other steps related to MindMed's Products and product candidates; unanticipated expenses; the costs of developing, producing, and selling products; the ability of MindMed to meet any of its financial projections or guidance and changes to the assumptions underlying those projections or guidance; the potential for any license or collaboration agreement to be cancelled or terminated without any further product success; and risks associated with intellectual property of other parties and pending or future litigation relating thereto, other litigation and other proceedings and government investigations relating to MindMed and its operations, the ultimate outcome of any such proceedings and investigations; and the impact any of the foregoing may have on MindMed's business, prospects, operating results, and financial condition. Any forward-looking statements are made based on management's current beliefs and judgment. MindMed does not undertake any obligation to update publicly any forward-looking statement.